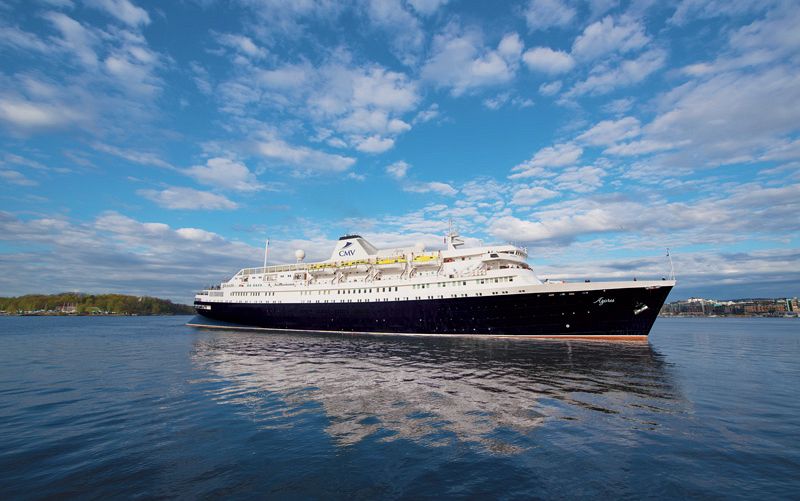 After much anticipation Cruise and Maritime Voyages (CMV) will be the first cruise company to offer the service beginning December 7, 2019 on its cruise liner Astoria.

It is projected that the cruise company will offer 6 different sailing dates beginning Dember 7, 2019 through February 11, 2020 each sailing lasting 11 days.
Ship Astoria has 277 cabins with a capacity of 550 passengers.

The cruise company will not only be first from this Sonoran port, but rather the only one currently projected to set sail from Puerto Peñasco according to Héctor Vázquez del Mercado, President of the Puerto Peñasco Convention and Visitors Bureau.

Depending on its success the company envisions making it a yearly offering and possibly having a year round service with shorter cruises.

Although construction of the home-port dock for ships has been under construction for years, there is no finalized timeline for its completion due to lack of funding.  For this reason the first cruise to Rocky Point Mexico plans to use “tender embarkation”.  Details haven’t been set yet but this would potentially mean that the ship would dock about 20 minutes offshore in the bay and passengers would be ferried from the marina, near the Malecon, to the cruise ship in smaller boats instead of having passengers directly board the ship.

Please contact Cruise & Maritime Voyages for latest and most updated information as all details aren’t set yet.